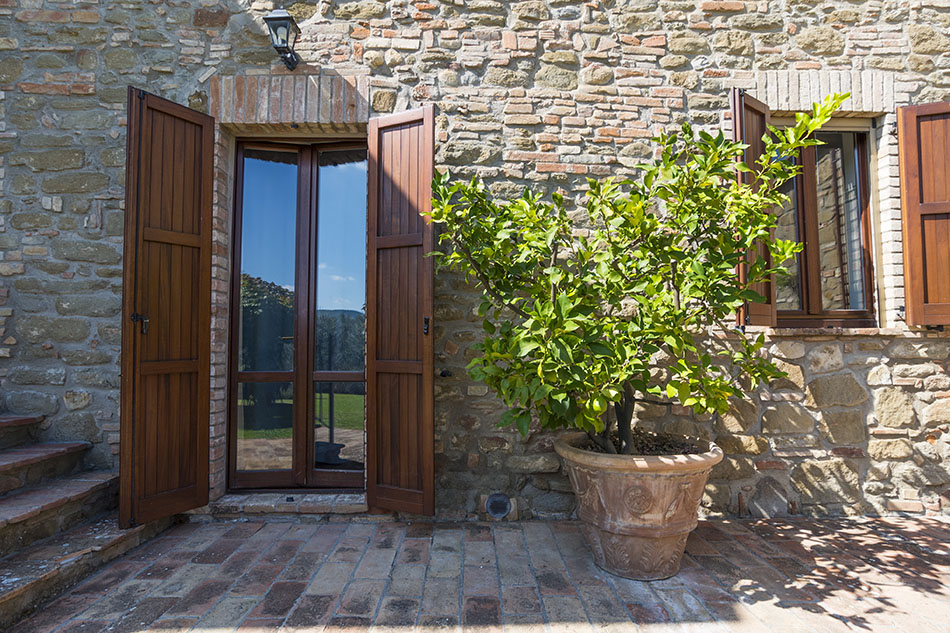 Caprareccia. It has two apartments with a private swimming pool surrounded by olive trees.

Built at the turn of the 20th century, the Caprareccia is a sandstone traditional country house where you can enjoy a breath-taking view of the Umbrian valley. The farmhouse is divided in two spacious separate apartments, the Blue and the Green apartment. It is possible to rent like a unique villa with pool, or like two separate apartments, in this case you have to share the pool with the guests of the other apartment. 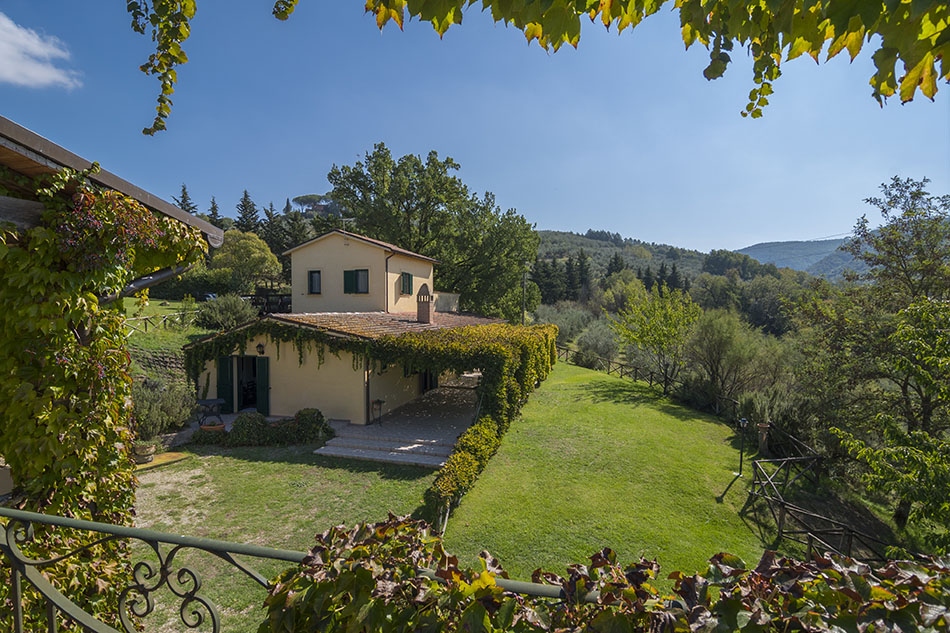 Casa della Caccia. Apartments on the first floor, with two other double rooms.

This farmhouse is an old tobacco drier which has been beautifully restored and divided in three apartments and two suites. The apartments are named for different varieties of olive trees which include: Il Frantoio, Il Moraiolo, La Dolce Agogia, Il Leccino and Il Falerone. The apartments share a huge living room that can be transformed into a yoga studio or dining room and a refreshing swimming pool. 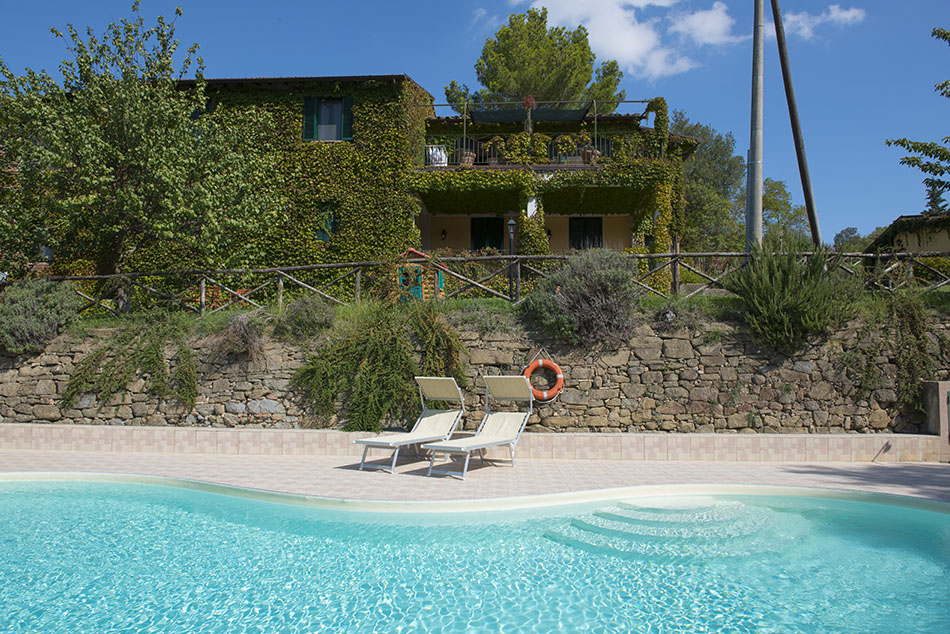 Follow the traditional country road lined with old pine trees and ascend the stairs lined with flowers to a lovely porch at the main entrance of this classic farmhouse which has been divided into totally independent apartments that feature personal entrances on opposite sides of the building. Both the apartments take their name from “Cultivar” varities of olive trees. Outside the house, enjoy wandering through the pristinely groomed garden which extends to the ancient olive groves and a woodland area. Just a few steps from the house, the swimming pool.

A farmhouse in the heart of Umbria

Enjoy your holiday relaxation in our apartments, villa with pool and rooms

Look at the farm, apartments and villa with pool for rent in the Virtual Tour and book your holiday in the heart of Umbria

The history of the farmhouse

On the top of a hilly spur, facing Torgiano and dominating the Chiascio valley at the confluence with the Tiber, the Villa de “La Montagnola” stands out isolated, cloaked by the dark green of the forest and silvery olive trees . The building, which stands on the ruins of a 12th century castle destroyed by the Torgianese in 1298, was built by the Baglioni family between the late 1600s and early 1700s, as a hunting lodge and summer residence for the family. It is among the most remarkable and singular of the Perugian territory for the importance of the architectural parties, in which Rococo stays are mixed with a taste already permeated by severe eighteenth-century classicism and for the planimetric arrangement around the central courtyard with the farm structures next to it. 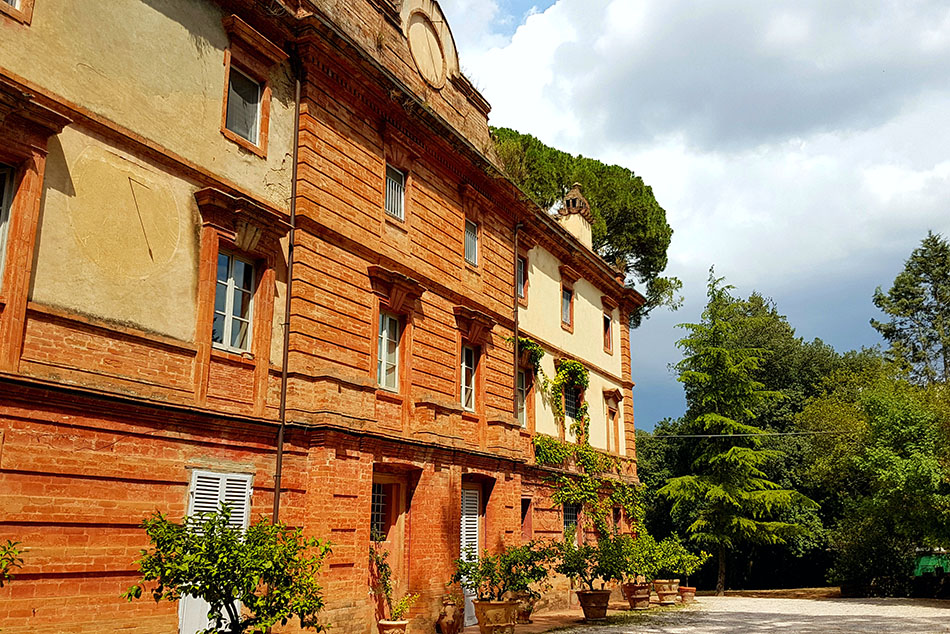 “An incredibly beautiful jewel on top of a hill”

"If this is the poor man’s Tuscany, maybe it’s better to be broke" 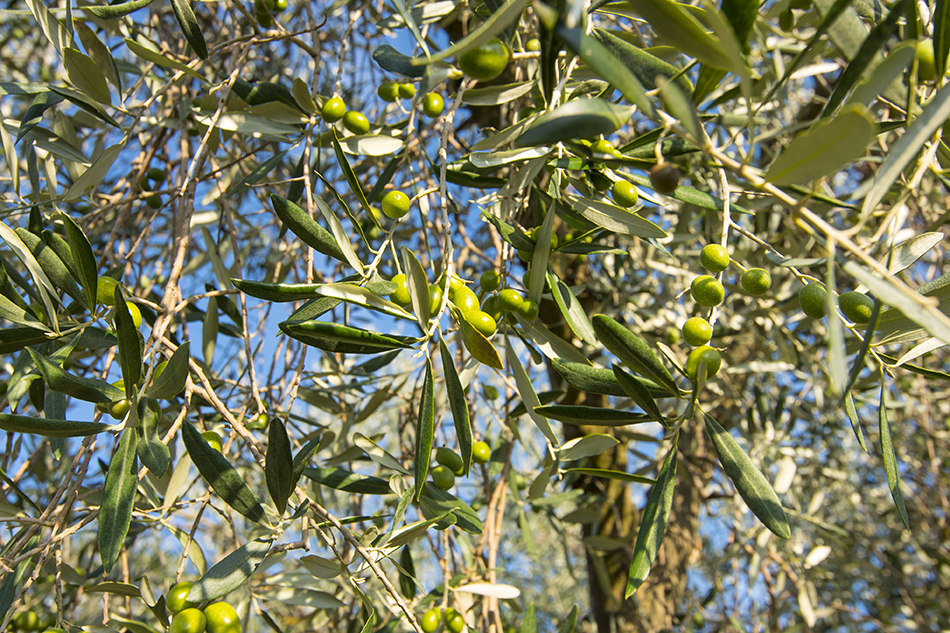 About us, vacation home

Some articles published on the New York Times and on Washington Post are very heartfelt. Agriturismo La Montagnola in Umbria. 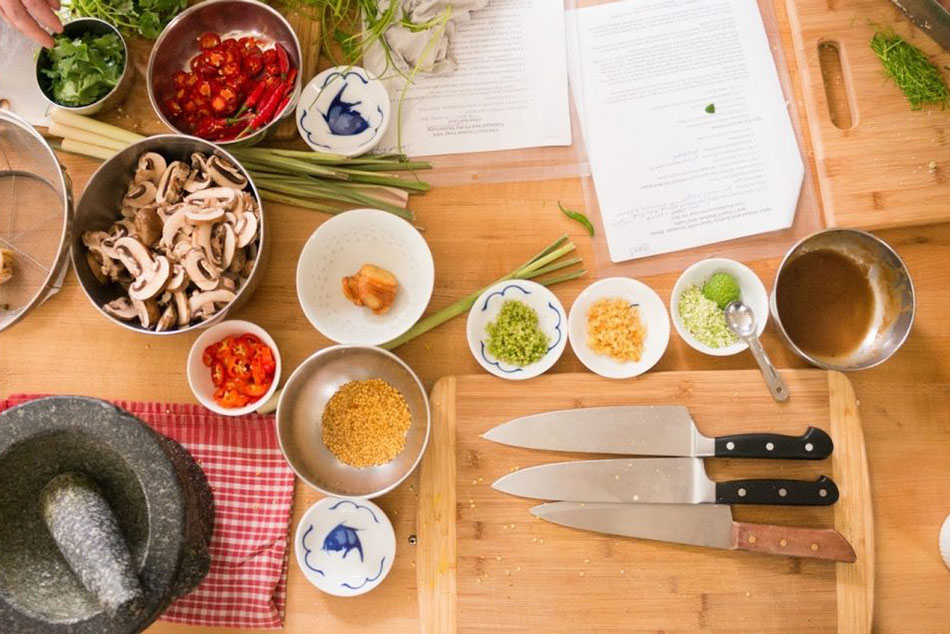 Participate in the cooking course that will be held each week for the agriturismo guests and find the typical recipes. 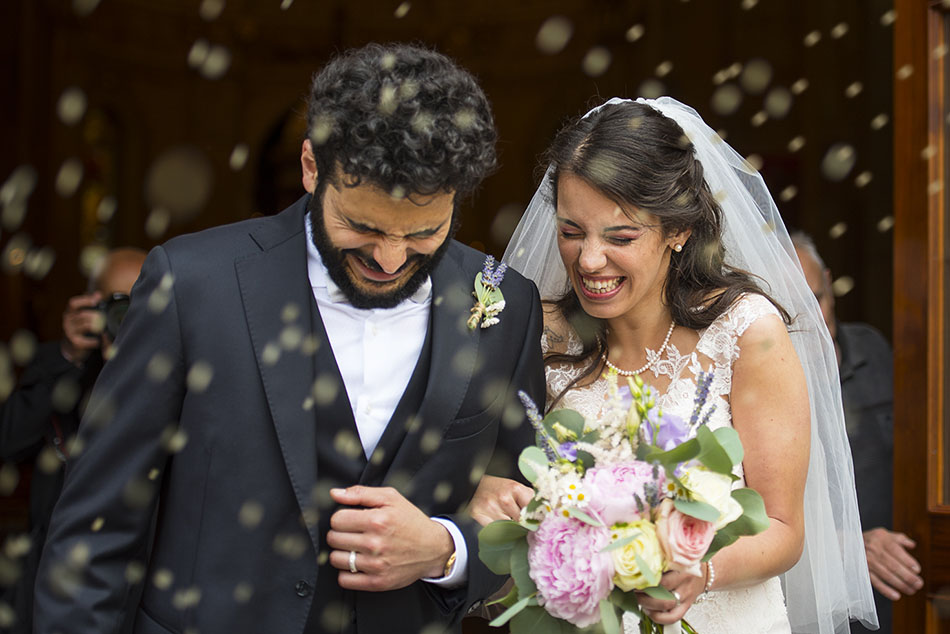 Your Wedding and Events

We organize events, receptions and weddings in the spaces and gardens used by Villa “La Montagnola”.

The oil mill. Passion for oil, since ever.